Menu Search
The voucher code has been copied to the clipboard.
1712

Just now you had the best view. The sun was shining, the mountain range was shining on the horizon. Best conditions for a relaxed freeride. But suddenly clouds come up, snow falls - and nevertheless: still the best visibility. Thanks to Bollé. The Brand ski goggles automatically adapt to changing visibility conditions, thus harmonising perfectly with the innovative helmets from France. However, Bollé does not reduce his innovations to the mountain alone. You also enjoy high-tech protection from Bollé when biking. 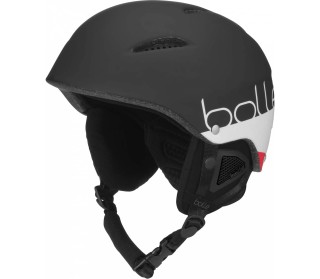 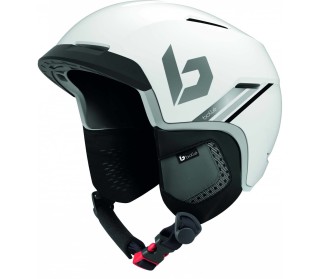 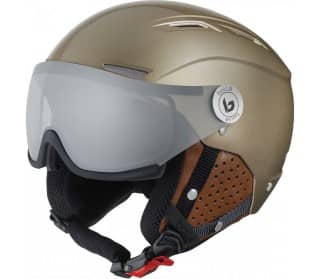 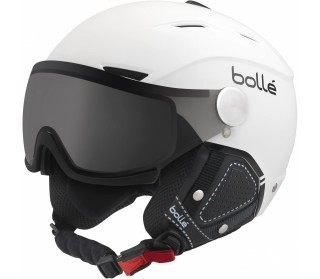 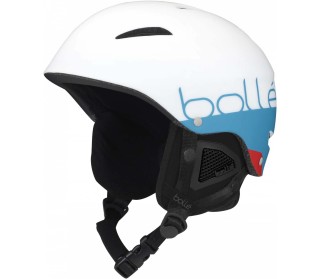 BOLLÉ - FROM NYLON TO THE GLASSES EMPIRE

Looking at the heritage of his hometown, Seraphin Bollé could have guessed what would become of his company. Oyonnax is not only located in the middle of the French Alps, but today the city is considered one of the plastic centers of France. Doing "something with mountains and plastic" should not have sounded too far-fetched for Seraphin Bollé. Only Bollé didn't do anything. With his company, founded in 1888, he developed a completely new type of celluloid.

On this basis, Bollé first approached the processing of moulded nylon and finally, in 1936, the publication of his first frames and his own sunglasses. The next rung on the ladder of success. Nylon shaped glasses, shaped Bollé's story. In 1956, the brand launched its legendary cat-eye sunglasses, and four years later the first ski goggles. The small farm in which Seraphin Bollé once founded his company had thus been left behind. She had long since reached the top of the premium scale, equipping the sports world with protective, stylish glasses.

FIRST GLASSES, THEN HELMET - ALWAYS UNDER THE SIGN OF INNOVATION

Security. Protection. Quality. Three aspects deeply rooted in Bollé's brand DNA. At first, the fire took care of the eyes, protecting them from sunlight and dangerous objects. Later the whole head was added. For over ten years, Bollé has also been producing high-tech helmets for ski slopes and bicycles. Previously they had worked closely with winter sports enthusiasts and Tour de France participants. The goal for Bollé articles is always: maximum protection with the best function - and the pioneering role. Bollé had already taken it during nylon production at the beginning of the 20th century. However, the brand still strives for leadership - and secures it with technologies such as MODULATOR 2.0. Thanks to this, your ski goggles adapt immediately and automatically to changing lighting conditions, enabling you to have the best view at all times.

GLASSES AND HELMETS IN THE BOLLÉ STORE BY KELLER SPORTS

Bollé products always rely on innovation. The NXT® technology not only makes ski goggles 14 percent lighter than polycarbonate models, but also ensures clear vision and remains jump-resistant at the same time. EQUALIZER® counteracts optical distortion caused by increased air pressure, while P-80 ANTI-FOG prevents fogged glasses. Bollé offers make it easier for you to see, Keller Sports the way to the right glasses. Buy Bollé online with us, find the innovative ski goggles of the French brand - and even more. Our Bollé Shop will also help you to find the right head protection. You can choose your bike helmet as well as your ski helmet here. Keller Sports becomes your personal Bollé dealer.

BOLLÉ PRODUCTS - INSPIRATION FROM THE SKI AND BIKE CIRCUS

Bollé created some of his greatest innovations after working closely with top athletes from different sports. In front of the bicycle helmet stood the collaboration for many years with some of the most well-known bicycle teams of the planet. Bollé did not develop his ski helmets without having been actively present in the ski circus - and even today the brand still equips top athletes and gets their input. Freeskier David Wise is part of the team as well as the alpine pros Thessa Worley, Anna Veith and Loic Meillard and snowboarder Pierre Vautier. In cycling, the brand supports mountain biker Luca Cometti, among others. All Bollé articles have one thing in common: the highest demands on the material. An expectation that will also make your everyday skiing and biking life much easier and safer.

Bollé only added helmets to his repertoire more than a century after his foundation. Quality just takes time, but waiting has paid off. Bollé strengthens his bicycle helmets with a Roll Cage, which he copied from racing cars. In addition, the brand uses its AViD Liner technology. Thanks to it, the helmets dampen the impact energy on the one hand and absorb a less severe impact more efficiently on the other. Weight can also be saved as a result. The MIPS technology also provides increased protection for the head and brain in the event of an oblique impact.