The adidas Ultraboost offers some of the most responsive cushioning in the running world. An upper that feels like a snug-fitting sock, yet offers reliable support. With its Ultraboost, adidas brings comfort and performance together in one running shoe - so unerringly that you can use the runner for either dynamic or extended runs, as well as to complete your street style.

The adidas Ultraboost offers some of the most responsive cushioning in the running world. An upper that feels like a snu 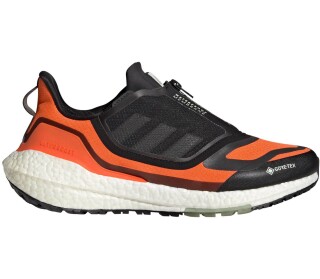 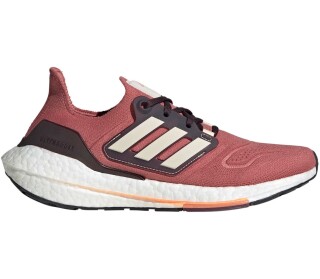 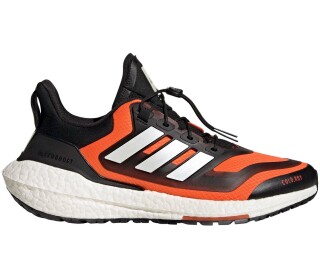 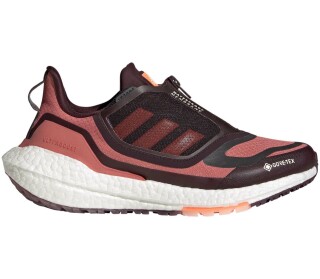 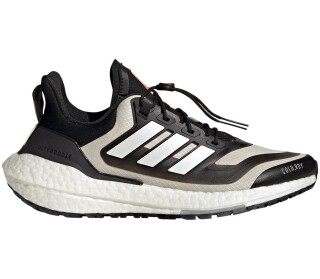 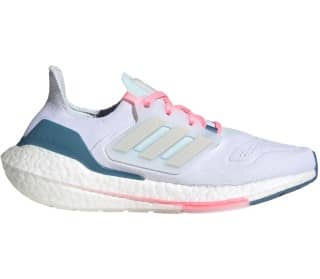 In 2015, the Herzogenaurach-based company presented its first adidas Ultraboost with groundbreaking innovations as a premiere celebration in running shoes. After all, the brand had never before made the entire midsole of a runner out of Boost. In addition, Primeknit, an innovative woven construction based on NASA technology, served as the upper of a running shoe with three stripes for the first time. A lot of new, yet little noise. Adidas presented its new performance runner relatively quietly. The brand only turned up the volume later.

Consciously or unconsciously, the adidas Ultraboost brought high-performance together with street style. The mix of minimalism and comfort quickly made the runner a popular everyday companion. Primeknit and Boost, in turn, predestined it for extensive runs on the street. The innovative damping had already made its first appearance two years earlier, but has not lost a millimetre of efficiency since the release of the addidas Ultraboost. Energy absorption and damping are almost unrivalled.

The Ultraboost is correspondingly popular, which did not stop adidas from subjecting its premium runner to various evolutionary steps. In the meantime, there was an Uncaged model, which, without the supportive cage around the arch, was aimed even more at street style. And as a runner, the adidas Ultraboost, available online at Keller Sports for men and women, continues to evolve from generation to generation. Each new one has more boost than ever before.

Basically, Boost cushioning is a little softer than other variants. Nevertheless, adidas always manages to provide the necessary stability without losing cushioning and responsiveness in the Ultraboost. Another decisive factor is adidas' Torsion technology. This makes the shoe a little stiffer, which in turn harmonises wonderfully with the Boost damping.

Additional support is provided by the cage around the instep, which supports the strengths of the Primeknit upper in the best possible way: The shoe adapts to your foot, but despite its sock-like fit, it doesn't feel spongy. In addition, the upper of the latest adidas Ultraboost is largely made from recycled materials. You can enjoy grip, even on wet surfaces, thanks to the high-quality Continental outsole.

At the same time, it is slightly curved, which is supposed to favour the rolling behaviour. Basically, the setup of the Ultraboost is geared towards comfort. Mainly for your run, but also for your city trip - as you can see from the different colourways in our adidas Ultraboost shop.

First the cushioning, then much more: the advantages of the adidas Ultraboost

The focus is of course on the boost technology. It forms the basis - and perfectly complements all the other technical innovations that adidas has given its Ultraboost models:

Thanks to its energy-giving cushioning, the adidas Ultraboost favours a dynamic run. Both in the training stage, or simply at the end of the day or in the spirit of relaxation. You can run realxt or take advantage of the boost cushioning to continuously increase your speed. The runner is best used on the road or on firm paths.

Absorbing energy in order to return it as effectively and explosively as possible in favour of an accelerated stride is fundamental to the adidas Ultraboost. Of course, we give you such information and many more technical details in the adidas Ultraboost Store on your decision path. But we don't stop there. We add a bit of practice to pure theory. That's why we tested the adidas Ultraboost 21 performance runner extensively in our Keller Sports Guide.

In this way, impressions directly from the road also flow into your purchase decision. In our adidas Ultraboost Shop, you can easily order runners for men and women online. And if you subscribe to our newsletter, we will always keep you up to date with the latest adidas Ultraboost offers.